The Android is attracting more and more customers all over the world. It’s the Android apps, games and tools which makes it very useful OS. Android based handsets are selling rapidly and Android is giving tough competition to Apple’s iPhone. 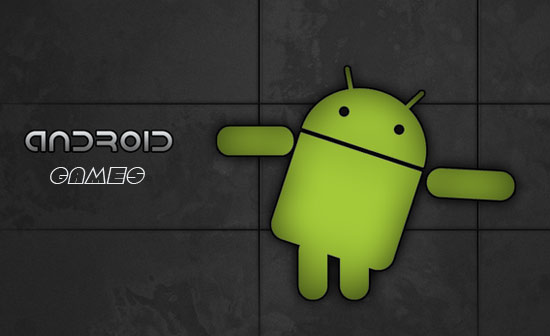 Some users register that Apple has got the games that Android does not have. So I am going to talk about the games of Android games. Below is the list of top 10 Android Games all over the time. The list is generated on the basis of download and hits.

It’s also reporting a huge success. This is a word game or think it to be a word fight with your friends. This may be stated in the education games category as well, as this helps users the understanding of words. The game is quite awesome and has been rated 4.0 out of 5.0 so far.

Roller Ball is probably the no.1 skee ball style game in Android market with 3D effects. It does not only include 3D feature but also eye-caching graphics as well.

Doodle Jump is the no.1 paid Android game so far. This has registered a huge no. of purchases. The Doodle Jump is very good according to user reviews and has been rated 4.4 out of 5.0 on the official Android market.

Fruit Ninja is also a paid game. Fruit Ninja is a juicy action game with squishy, splatty and satisfying fruit carnage. Based on user review it is rated 4.0 out of 5.0

If you have ever used iPhone then you must be familiar with it. It is no.1 selling game of its category in iPhone. The same quality is also there in Android version too that stands it in top 10 Android games all over the time.

It is full adventure game with lots of interesting ups and downs. The story of the game is quite interesting and it makes it to maintain its position at no. 7

This is a mission based game. One needs to complete the mission to complete the levels and unlock the prizes. This is best Android Game of its own category and also among top 10 in all categories.

Reckless Gateaway is racing based Android game. This game is all based on the destruction and crazy driving while the city police officers are always behind you.

ZeptoLab’s physics puzzler made a wonderful transition to Android. Cut the rope was first developed to support iOS but now the Android version is all there and game is acquiring no. 10 place among the Top 10 Awesome Android Games All over the Time.