Pinterest has already gained popularity within a very short period of time since it was launched. It is the latest craze in the world of social networking. Pinterest is a social networking where people after registering themselves can ‘Pin’ images or videos in a particular space marked as ‘boards’.

The theme of the pictures or the videos uploaded by the users should be common. For example, if you visit the Pinterest profile of your friend you may find a number of boards created by your friend each of them having separate name. 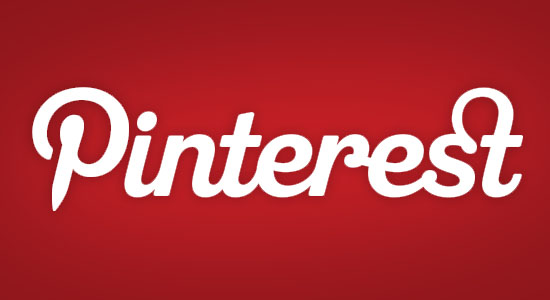 If you look carefully you may find that each board has separate theme. Once you click on the board you may get to see the picture and the videos the member has pinned to the board according to the theme. Initially after clicking the images will be displayed either as grid or thumbnail view. Later you can click to expand each for captioning, sharing or commenting.

Pinterest normally is a space where user can constantly update or ‘pinned’ images or videos. Many users have started using their Pinterest profile as an opportunity to update images on various themes starting from weddings to hobbies and others. There are many people as well who use Pinterest to share their likes and thoughts in more subtly and cleanly than any other social networking sites.

Those who were not aware of Pinterset yet can try it out like you did while joining Orkut, Facebook or Twitter. Now the latest good news for all is that Pinterest is currently available on iPad. This service, it seems, is the fittest for the iPad. The service is almost visual and can be executed by single clicks. Things like managing, sharing or captioning images or videos can be done smoothly with the help of touch screen. 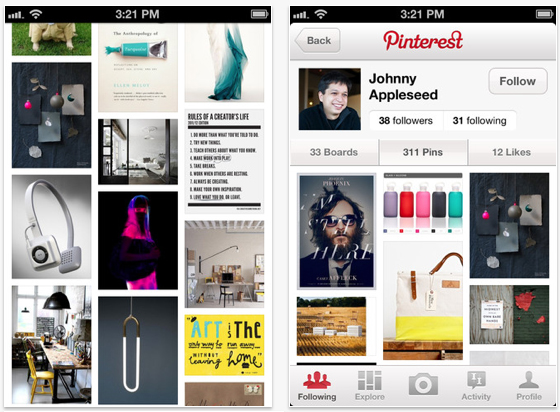 As Pinterest is heavily loaded with videos and images, it will be perfectly fitted for the Retina Display, the latest feature developed by Apple for the latest iPad. It was released on March 22, 2012. It is now available in 2.8 Mb and in English language. Till date the current application of Pinterest was running on iPhone and iPod Touch only.

Ben Silberman, the CEO of Pinterest in an interview talked regarding the iPad application and some of the renovation the company has planned to execute. According to him the number of Pinterest users has shot up to around 11 million and it is expected that with the inclusion of mobile platform, the number will surely increase.

One thing that is the main area of concern is the copyright issue. There are already many content or photo owners who have alleged that their photos or contents have been repined by other user in Pinterest without their knowledge and permission. But it is expected that the issue will be solved soon. Finally we are all expecting that Pinterest with its new avatar on iPad is going to make a great impact among the users.