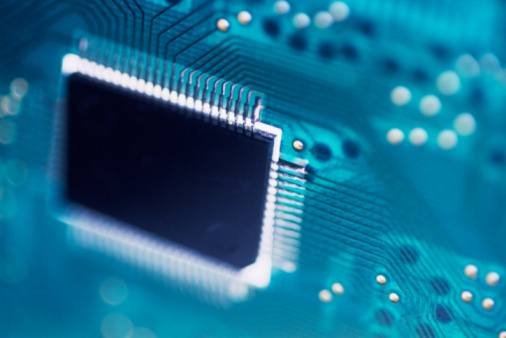 This AMD CPU processor is considered one of the giants in terms of performance with a clock speed currently put precisely at 3.1GHz. This is made possible due to the presence of the 15.5 multiplier to achieve these impressive speeds. The AMD Athlon II X3 445 was the first processor within this line to have had the low power state, otherwise referred to as C1E. It is     important not to forget that there will be more improvements carried out on this in the future.

The AMD Phenom II X6 1100T is one of the most impressive AMD CPU processors currently available. It has a clocking speed of up to 3.3GHz in addition to equally impressive Turbo speed of 3.7GHz. There are other features which conspire to make this one of the most sought after AMD CPU processors such as the supportive Socket AM3, the 6MB L3 Cache as well as the     fact that you can use it with any motherboard through both DDR2 and DDR3 memory.

The gigantic AMD Athlon II X2 260 Regor 3.2GHz has is able to carry out multi-core processing thereby contributing to quite remarkable ease with which to conduct multi-tasking activities. This AMD processor also allows you to save energy thus making the computer to avoid overheating. Because of the fact that it provides 64-bit support, it means that even the programs and softwares that are too demanding can be supported with ease on this processor.

This processor allows you to seriously enjoy high definition entertainment without unduly being stressed out. The performance of this processor in terms of multitasking is quite advanced. As long as you have smaller machines, then you can be assured of the fact that this AMD CPU processor will enable you to save energy greatly. This processor can simply be referred to as an     energy saving and and highly efficient.

AMD Phenom II 1090T X6 is considered one of the leading and best performing CPU processors falling within the family of processors made by AMD. It is sold in a thousand unit quantities for a price of $295. The clock speed is a 3.2GHz while the Turbo maximum speed is 3.6GHz. It also has both the L2 and L3 Cache at 3MB and 6MB respectively. These make this processor one of the best preforming at that price range.

It is not a hidden fact that these AMP CPU processors are considered the best in terms of performance while being sold at a relatively affordable price range. AMD, as the manufacturers of these processors, have not stopped tweaking them ever so slightly and carrying out improvements from time to time in order to increase their performance. The people eventually benefiting greatly from these additions and improvements are the customers who buy them.