Before any phone or major device is released there is a huge debate online about what kind of spec the device will offer. Some of the predictions are quite sensible, based on years of knowledge in the industry and good sources.

Some people just put it all out there and try to make the boldest predictions that will give them a legendary position in the online community if their predictions are true.Finally, you have the people that go all out and expect the latest phone to have lasers, wings and an ice-cream machine built in to them. 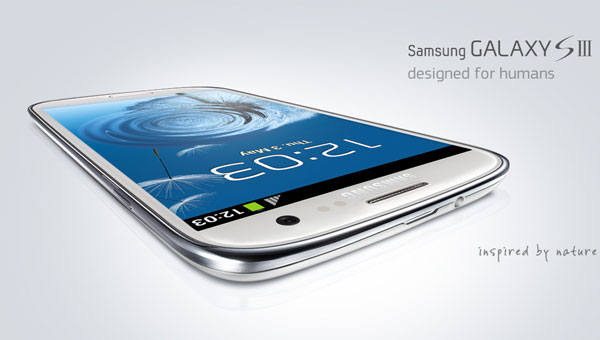 The Samsung Galaxy S3 was one of the most debated phones on the internet before its release and the spec was actually made official. There had been quite a few leaks around the phone before anything was made official and some of them were actually very close to home. Others, however, were very much off the mark. Ladbrokes Bingo have gathered some of the best (and worst) predictions that were made before the Samsung Galaxy S3 was released.

The Official specifications of the Samsung Galaxy S3 are –

And now have a look to the Samsung Galaxy S3 Predictions :

One of the most interesting predictions before the S3 was released was the prediction that said it would have “Wireless charging.” This meant that you would be able to charge the battery on your phone without even having to connect it to the power outlet with a cable. It was said to be “revolutionizing” for the industry and something that would set the phone apart from all other phones on the market. However, we are pretty sure that you still need cables to charge the phone; in fact, you do.

The camera on the Samsung Galaxy S3 is very impressive. It is one of the best ones on the market. However, there were people and websites that thought the camera would be without a doubt the best ever on a Smartphone. Some predictions said that the Galaxy S3 would boast a 12 Megapixel camera instead of the 8 Megapixel it has now. There aren’t even that many normal cameras that take pictures at 12 Megapixel, why would Samsung be able to fit one in to a small phone!?

Finnish phone makers Nokia are the unspoken kings of making rugged and tough phones. One of the most exciting rumours surrounding the Galaxy S3 was that it was going to be waterproof. That’s right, it was going to be in the same class as the “Shark fin” that Ericsson released several years ago. Apparently it was going to be covered by some sort of Nano spray that would prevent water damage. I think the people who predicted that should all put their S3’s in a glass of water and get back to us about how that worked out.

Even less plausibly, some eager bloggers were assuring us that the new phone would be made of a new ,T-1000 like liquid alloy (though no-one took that too seriously).

Most Smartphones will attract customers with a good performance. If Samsung were to put a 2 GHz Quad-Core processor they would basically own the market. Even though the processor in the S3 is very impressive, it is still a bit off the mark. This seemed to be more of a number grabbed out of thin air rather than something people actually predicted. Despite this, it still makes the list of the most ludicrous predictions for the Samsung Galaxy S3.

The phone actually has a 1.4 GHz Quad-Core Processor (though if you have a death wish, we’re pretty sure you could overclock it for a few moments before it spontaneously combusts).