3D has become all the rage in recent years. New movies are being made with the latest 3D technology, and old movies are even being given a 3D makeover and re-released at the cinemas. Does this extra dimension really make all the difference? If you’ve ever seen a 3D movie at the cinema, you’ll know only too well that it makes for a completely different cinematic experience. 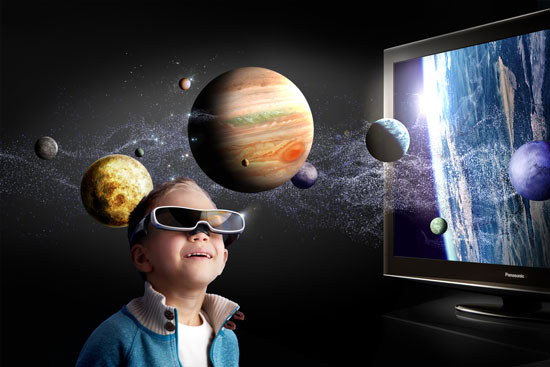 So, now you can enjoy 3D television and movies in the comfort of your own home, since the emergence of 3D home television systems. Yet, because they are still a relatively new technology, most people know very little about them. That makes it incredibly difficult for people when it comes to buying one. How can you make a call on what to buy if you know absolutely nothing about it? This post aims to give you a degree of knowledge about 3D TVs, so you can make an informed decision when making a purchase.

How Do They Work?

Back in the day, 3D worked by covering one eye with a blue/green lens and the other with a red lens, thus showing each eye a slightly different image, this creating a three-dimensional illusion. Modern day 3D TVs rely on the same principle, but use filtered glasses that flicker in coordination with the image on the television screen. Again, each eye sees a slightly different image. This is perhaps the best way to explain it in simple terms.

What Equipment Do You Need?

Perhaps a simple question, but one that needs answering nonetheless. You’ll need a 3D-capable TV, compatible 3D glasses and a 3D Blue-ray player (if you want to watch 3D Blue-rays, that is).

Will It Break the Bank?

The good news is that more and more electronics manufacturers are entering the 3D market. With more competition, prices will inevitably fall. It is a common misconception that a 3D TV costs substantially more than a standard 2D. However, as with any TV, you prices vary greatly, depending on size, quality etc.

Can You Still Watch 2D Shows?

Of course. 3D TVs give you the option to switch between regular view and 3D. You’ll only be able to use the 3D for shows/movies that were filmed in 3D.

Does 3D Work for Everyone?