Technology has leveled the playing entertainment industry playing field for producers and consumers. It’s now a fine line between the average punter and the next big director or pop star. Creative tools that were once out of reach for mere mortals are dirt-cheap. And even free, while the ambiguity of intellectual copyrights and the ease of file-sharing persists.

And there’s the rub for creative people who have got used to cashing in on their talent. It’s now part of the game to simply live with not being remunerated for something you enjoy. In the nineties, the average CD cost around 13 pounds, and cost pennies to manufacture. Revenue was in the billions for each of the major labels. Since the turn of the 21st Century, everyone has got used to obtaining the same music for free on illegal downloading sites. Even the emergence of pay-per-purchase sites like iTunes only served to highlight how much the public were being ripped off in the past. 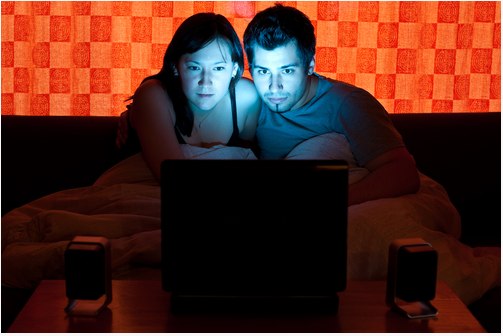 But this negative impact on musicians has a payoff. The cheap abundance of digital technology has also allowed people to make music for far less money. Even 20 years ago, going to a recording studio meant big bucks to pay for magnetic tape and expensive recording technology, not to mention engineers and studio owners to pay. Now, people can record good quality demos at home for the cost of a cheap microphone and a laptop. The record labels may be dying out, but who needs ‘em?

It’s the same for film. Where once it cost a lot of money to make a film look even half-decent, you can now get HD cameras for very little money, which create results comparable to many mid-budget movies.

Any past time you can think of has had a digital update, and is available online in some form or another. It’s a whole new world. For good and bad. Brave it.