The development and construction of the GPS satellite system started in 1973 and reached operational readiness in 1995. The program’s budget was cut several times, only to be topped up again by the US Government – in fact the original number of planned satellites was 24, and at one point that was slashed to 18 and then increased again – so as you can see, the whole process was not entirely smooth and took 20 years in total to become reality. 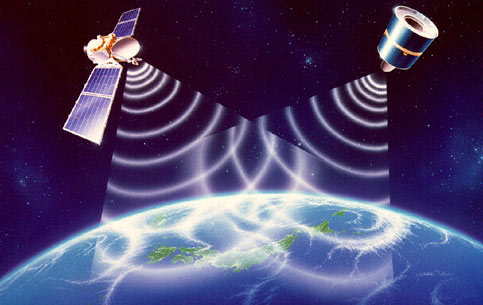 1983 Sees the Decision to Release the Network Commercially

The use of GPS satellites for civilian methods was a turning point in the history of GPS, and this was brought about due to the shooting down of Korean Airlines Flight 007 in 1983.  The airplane flew off course into Soviet airspace and was shot down by Soviet interceptors. In response to this tragic incident, President Reagan announced that the GPS system should be expanded for civilian use to help prevent tragedies like this happening again.

Civilian Users Can Use the Network for Location Based Services

Since then it has been possible for civilian users to use the system for location measurement with an accuracy of about 15 meters. The accuracy of GPS location is even better nowadays due to the SBAS (Satellite Based Augmentation System) which uses ground stations with precisely known positions.  These can help to calculate the correction signals for GPS to an accuracy of about one to three meters.

The correction signals are based on errors such as variations in the orbits of the satellites or the duration of the interference signals in the ionosphere and are transmitted via geostationary satellites. There are several mutually compatible SBAS systems like WAAS (Wide Area Augmentation System) for America, EGNOS (European Geostationary Navigation Overlay Service) for Europe and MSAS in Japan. EGNOS works with about 30 ground stations and three geostationary satellites (Inmarsat and Artemis).