Now make your own Cover with A Facebook Cover Generator. Regular and irregular users of Facebook alike will be familiar with the Facebook Timeline, some people love it, others hate it – but it’s clear that it’s here to stay in one form or another. 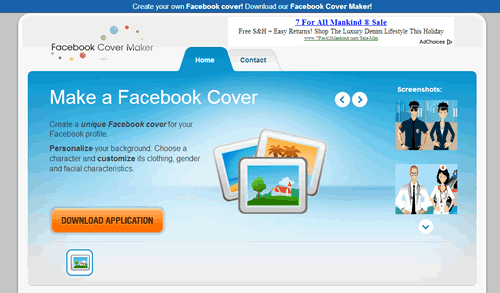 Thanks to a new, rather simple product by Athena IT Limited entitled “Facebook Cover Maker” making your own bespoke Facebook Cover is no longer a privilege for the few, but a right of passage for the many. Indeed, with a few simple clicks of a button Facebook Covers can be created in seconds.

To begin with, you will need to choose your character and then desired character gender. One this process has been completed; you will have a variety of options to choose from – choose a characters hat, scarf, facial expression, hair style etc. Moreover, you’ll need to select a general background image.

Facebook Cover Maker is a free easy to use tool that provides the ability to quickly and effectively make your own Facebook Cover.