It happens: expensive things break. When we finally get a hold of rare, desirable, or lucrative assets, it is in our nature to protect and cherish these things. It is also part of our nature to be reckless or lose focus at times. While we don’t intend to destroy the things we hold dear, it invariably happens. It is the reason that the idea insurance was created. One thing we’ve done to try and protect ourselves better is understanding the who what where when why and how we end up in accidental situations.

So, where exactly were you when you accidentally ruined your iPhone? A small survey of a few thousand iPhone-wreckers came up with the most common place that iPhones tend to be most susceptible to wanton destruction. The verdict: if you’re not paying insurance on your iPhone, you may be in for a hurting. 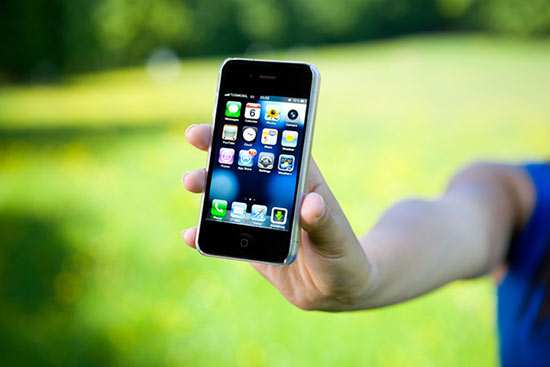 The survey only dealt with people who have actually broken their iPhone, so it is unknown what percentage of iPhone users actually end up breaking them. But of those polled who have indeed inadvertently destroyed their iPhone, 51% of the damages occurred in the kitchen! That’s more than in any of the other locations combined.

For the human body, it has been reported that the bathroom is the most dangerous room in the house. But for the robotic friend the iPhone, it feels that it has no place in the kitchen. In the kitchen, the iPhone is far more likely to suffer damage from the various liquids that flow there for various reasons. Using the iPhone to display recipes, listen to music, watch video, talk, chat, or just about anything in the kitchen could lead to it being dropped, spilled on, scratched, chopped, or partially cooked.

Water is the most common liquid that damages iPhones. In addition to it being a common drink, it is used in washing dishes, hands, it’s in toilets and swimming pools as well, making the iPhone’s presence in these places all the more precarious. Aside from water, most of the rest of the liquid damage is from soda, beer, coffee, and tea. Keep that in mind next time next time you feel that kitchens, liquids, and iPhones should have a closer relationship.

It’s always good to insure anything you consider valuable. Most cell phone companies offer a mobile phone insurance program that will protect your investment in the event it is lost or stolen. In addition to insurance, there are other safeguards available for you that protect against losing most of the precious data on the device.

By installing iPhone spy software such as Mobile Spy, you can receive logs of all contacts, calls made, text messages sent/received, GPS locations, photos/videos, calendar events and more. If the iPhone becomes lost, stolen or damaged, you will be able to locate it even if the SIM card is changed. Even in the event of the phone being destroyed, all of the logs will remain on the online server for you to review and download.