The internet has become such a huge part of society it’s hard to imagine life without it.  The internet is so ingrained in our culture and has found its place in our social lives, work lives and personal lives.  But have you ever wondered where the internet came from? 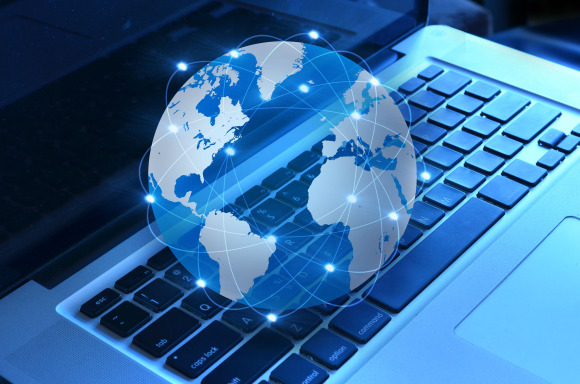 The history of the internet could (and does) fill thousands of pages in many books. Here we give you the Cliff Notes version, touching on all the key milestones in the development of the internet right from the very beginning.  You might be surprised at just how long some things have been around for.

It All Started With Computers

Or, if we’re being pedantic, we could say that it’s all due to the launch of Sputnik by the USSR in 1957.   In response to Sputnik, the United States created the Advanced Research Projects Agency (ARPA) with the intention of becoming world leaders in science and technology.  What ARPA created was ARPANET, the precursor to the internet as we know it today.

Before the internet existed in the public domain, as it does now, it existed as a relatively private network used by computer experts, engineers, scientists and librarians for the purposes of research and development.  Don’t forget that this was in the days well before home and personal computers and so those that were utilising the internet were using it on very complex (and very large) machines.

ARPANET, which was funded by the US government, was developed as the result of research, development and the brainpower of several key players including individuals in government, industry and academic institutions.

From here, it seemed there was a major development almost every single year:

Think eBooks is a recent development? Think again. In 1971 Project Gutenberg was launched.  This project was a global, volunteer effort to make books and documents in the public domain available for free electronically.  Project Gutenberg, still in existence today, houses over 42,000 items and is the world’s oldest digital library.

A number of big things happened in 1972.

For starters, 1972 saw the creation of email.  It was developed by Ray Tomlinson of BBN who adapted email for ARPANET.  Ray Tomlinson is also responsible for the use of the “@” symbol, which links the username with the address.

Meanwhile, France worked on its own ARPANET-style project which became known as Cyclades.  Cyclades eventually shut down but it did contribute one pioneer idea to the development of the internet. This idea was that the host computer, as opposed to the network, should be responsible for data transmission.

In 1973, global networking was achieved for the first time.  A connection was established from ARPANET to the University College of London and to the Royal Radar Establishment in Norway.

Also in 1974 the term “internet” was used for the first time.

By 1975, email was increasingly popular.  In response John Vittal, a programmer at the University of Southern Calfornia, developed the first modern email program.  The addition of the “reply” and “forward” functions was considered to be one of the biggest technological advances made.

In 1976 SATNET was developed.  This was a satellite program developed to connect Europe with the United States.  The satellites are owned by a group of nations and therefore, the internet’s reach was expanded outside the USA.

Another exciting event in 1976 was that the Queen sent her first ever email.

Dennis Hayes and Dale Herrington developed the first ever PC modem in 1975.  It was originally marketed and sold to computer hobbyists.

The first bulletin board system (BBS) was developed in Chicago in 1978.

In that same year, the first unsolicited commercial email messages, AKA spam, began to emerge.

The first ever multiplayer game was developed in 1979.  This game was called MultiUser Dungeon (aka MUD) and was entirely text-based.   It comprised of a virtual world and involved role-playing games as well as online chat.

The protocol for ARPANET was changed to TCP/IP.

On 1 January 1983, all hosts had to change to the new TCP/IP protocol.   This became the new standard for the internet.

Internet Chat Relay was first introduced in 1988.  This development paved the way for real-time chat and the instant messaging we’re all too familiar with these days.

In 1989 another key development took place.  Tim Berners-Lee along with others at the European Laboratory for Particle Physics (also known as CERN) proposed a new protocol for information distribution.  This protocol was based on hypertext and in 1991 it became the World Wide Web.

Another development in 1990 was the code for WWW which was written by Tim Berners-Lee.  Standards were also set for HTML, HTTP and URLs.

The first web page was created in 1991. Its purpose was to explain what the World Wide Web actually was.

The first webcam was also developed in 1991 and used at a Cambridge University computer lab.

Mosaic, a graphical internet browser, was released in 1993.  It was developed by Marc Andreesen and his team at the National Centre for Supercomputing Applications.  Although it wasn’t the first web browser in existence, it was considered to be the first browser that made the internet accessible to those who weren’t particularly tech-savvy.

In 1993, the White House and United Nations both came online.  This saw the beginning of domain names ending in .gov and .org.

1995 is considered the year that the web first became commercialised.   Prior to this there were commercial enterprises online but in 1995 several key things happened:

Other major developments in 1995 included:

1996 saw the heating up of the browser war.  The browser war took place mainly between two big players: Microsoft and Netscape.

Whilst blogs had been around for a while, 1997 was the year that they were called “web blogs” for the first time.

The first news story broke online – rather than in traditional media – for the first time in 1998.  This news was the Bill Clinton/Monica Lewinsky scandal and it was posted on The Drudge Report.

Also that year, Google was launched.  Google, ever successful today, played a big part in revolutionising the way in which people find information online.

Napster was also launched in 1998.  This led to mainstream sharing of music files over the internet.

The Morris Worm occurred in 1998.  It was the first major attack on the internet and disabled 10% of the 60,000 host computers.

Another development in 1998, was the development of Microsoft’s own browser Internet Explorer.   It was an integral part of Windows 98 which was released in June.

2000 was the year of the dotcom collapse which resulted in huge losses for investors. Hundreds of companies shut down and companies including eBay felt the heat.

Wikipedia was launched in 2001, still amidst the dotcom collapse.  Wikipedia played an importance role in the development of social media and collective content generation.

A federal judge in the United States shut down Napster in order to prevent users from sharing copyrighted material.

VoIP became mainstream in 2003.  Skype was released to the public giving users a friendly and easy to use interface for Voice over IP calling.

Also that year, MySpace was launched. It later became the most popular social network, until Facebook took that title.

“Web 2.0” sites became increasingly popular circa 2004.   Web 2.0 refers to websites which considered to be user-driven and highly interactive.

The term “social media” was allegedly coined in 2004 and a number of social media websites were launched including Digg and “The Facebook”.

The Facebook was originally launched exclusively for college students in the US.  If you’ve seen the movie ‘The Social Network’, you’re probably quite familiar with the fact that it was created by Harvard students for Harvard students and also that it created a lot of controversy.  Later, the “The” was dropped from the name and Facebook became open to everyone.

The iPhone was first launched in 2007.  What does this have to do with the internet?  The release of the iPhone led to a renewed interest in mobile internet.  A number of smartphones followed the iPhone and now most mobile phones have internet access available through mobile broadband.

Looking back on the events that make up the history of the internet, it’s easy to see just how much the internet has evolved over the past few decades.  What the future holds in store for the internet is anyone’s guess.  What is certain, though, is that the internet will keep evolving.