When switching over to the realm of smartphone usage, most people come to a simple (yet complicated) dilemma: “Should I choose Android, or should I choose Apple?” This can also happen when choosing between pads and computers. 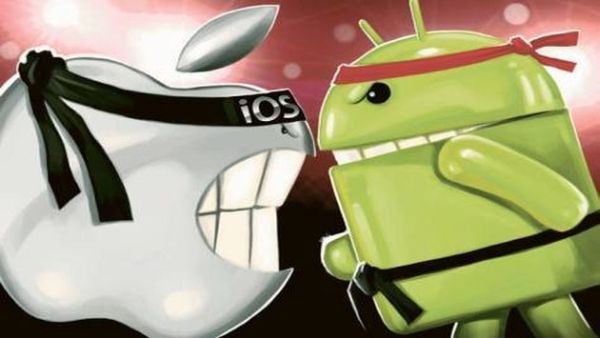 There is one definitive decision when choosing, which is that when you choose one OS, you have to stick with that OS for the rest of your devices to receive maximum satisfaction.

The truth is that both are great in a general sense, but people typically find that one works for them, specifically, better than another one does. How do you know? The proper way is to do your research and break down your priorities, and see what works best for you. We’re going to do a little of that here with you, using some common concerns when deciding between the Apple and Android OS, to help you decide what works best for you.

Price is a big factor for a lot of people. The prices of Android and Apple phones themselves are about the same, and Android tablets run a bit cheaper. However, the cheaper the Android tablet, the less you get, and it’s noticeable. With the iPads on the other hand, the only thing you’ll really be missing with the cheapest (mini) is the memory, and you’ll probably get used to the size.

If you want to go cheaper, go Android, though, because the applications available in the App Store (what’s a smart anything without applications?) are much cheaper, and many more of the apps are free. Apple is much pricier in several areas.

If you’re a business-minded individual who would like to use your Smartphone to streamline your business tasks, the iPhone should win for you hands-down.

Apple has successfully maintained favoritism from professionals on every front, from computers to iPads to iPhones, simply because they have included novel features that seem simple but turn out to be essential tools, such as FaceTime which is also compatible with Skype’s Video service, and iWork which contains substitutes for Microsoft Office applications that happen to not be available on either platform.

Most smartphone users complain about their phone’s battery life running out far too quickly. This is true for both iPhone and Android users, but iPhone has been improving their technology in a more rapid rate than Android, so that its battery survives longer. For some (who probably don’t use as many apps), longer can even mean a couple of days before needing a charge.

If the Carrier is a big factor for you, then you’ll want to have a good look at what your preference is offering. You will only be able to get the iPhone with Sprint, AT&T, and Verizon. The android is offered by all carriers, even the smaller, regional carriers. If you don’t like Sprint, Verizon, or AT&T, then you’ll have to go with the Android.

Games may also be a huge factor in your decision. If you’re a gamer, know that iPhone is getting a major trend in the area. Android developers are also coming out with a plethora of games, but all of the top-rated games tend to be released on the Apple OS first, and Android later. If you’re interested in playing a specific game, you should check to see which platform it’s been released on.

These are just a few of the deciding factors people use when determining whether to go with iPhone or Android, especially for smartphones.

Neither platform is simply better than other, but one will definitely be better for you than the other. All you have to do is figure out what you prefer and go from there.