If you’re the proud owner of a Nokia Lumia 1020 (“a camera that makes calls”), a HTC 8 or a Huawei Ascend, among others, you have gone the way of the Windows 8 OS, arguably the best smart phone interface that Microsoft has been responsible for to date. 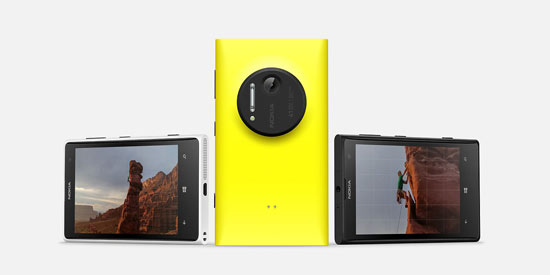 As a phone owner, you’re probably well aware that the app selection for programs that are available for your device is somewhat limited compared to the thousands designed for the Android and iOS platform.

But the sheer number of apps isn’t really the heart of the problem – there are over 26,000 apps available for the Windows 8 operating system from the UK store.

The real issue is the paucity of major-name apps for the most oft-used sites and programs that we know and love: there is no official app for Firefox, Wikipedia, Pinterest, Instagram, SoundCloud, Google Maps, or even Gmail.

Gmail users can give one of a few third party apps a try if you’re determined to get your messages that way. Otherwise you could finagle Outlook to import your Gmail emails from the server into the Microsoft Office interface.

There are basic versions of Skype, Twitter, Amazon, Radio and eBay, but even some of these lack a little of the sophistication and seamlessness that they possess within the Droid or the iPhone’s interface.

The all-important Facebook does have an official app, but it remains in Beta version for the time being, and shows no signs of progression anytime soon. And thankfully, Microsoft’s developers took it upon themselves to design a pretty version of YouTube for Windows Phone 8.

There are some bright spots in the app department for this operating system, including Simple Calendar to view your personal appointments from a home screen tile, and Indulged, a photo app created by a user who was frustrated with Windows 8’s current lack of Flickr viewing options.

There is also the freshly recharged version of Lync 2013, which allows users to hold meetings, add contacts, start and share conversations, and include multiple people in on streams of information. Plus, here you can keep up with bug fixes, updated versions and tips and tricks for all of your Windows 8 apps.

All in all, the lack of first-party big name apps just goes to show how little attention is being paid to Windows 8 by social media giants like Facebook, Pinterest and Instagram. Android and iOS wouldn’t be caught dead without official apps for these programs, so why is Windows 8 being left behind?

As Wayne Williams, tech writer, jokes, “The Windows Store is like a Bangkok night market – full of cheap knockoffs…” So watch what you’re downloading to make sure it’s something worthwhile that will serve a purpose and not clog your phone’s hard drive, or, worse, bring you a virus as a present. So why are the app-creators so stumped when it comes to compatibility with Windows 8?

It comes down to Microsoft’s different priorities – obviously they are not focused on app building, their partnership with Nokia is tricky, and the fact that their market share is so far overshadowed by Androids and iPhones.

This, of course, may be due to the lack of apps in the first place, or caused by other factors such as Windows 8 phones being behind the times with notifications, web-browsing issues, GPS navigation, and email bugs. Still, Microsoft does have on its side a cheerful desire to innovate, and so we remain optimistic about future versions of Windows 8, and the apps that will surely come with them.