‘Angry Birds Go!’ has drawn a lot of attention when it was first released in 2013. The game is number 8 from the all-time famous Angry Birds series, and it’s a kart game. Developed by Exient and Rovio Entertainment, ‘Angry Birds Go!’ welcomes players on Piggy Island. Packed with freewheeling piggies and birds, puzzling tracks, and lots of twists & turns, the fun is guaranteed with Angry Birds Go! 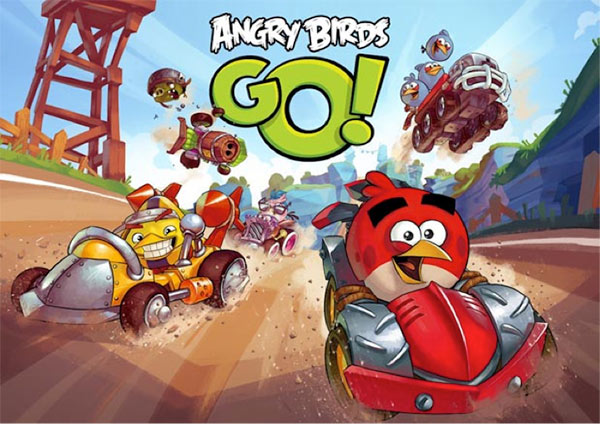 To make things even more interesting, Rovio has recently prepared a new episode for the fans. Sub Zero adds ice and snow on the tracks to make them more slippery and a lot more amusing.

Unlike most Angry Birds versions where you have to throw yourself at buildings, Go! it’s all about hurtling on the tracks. You’ll have coins, cart improvements, and power-ups to collect so you should be ready for an unforgettable Angry Birds experience. Tilt your phone to control your cart, or touch the screen on the right and left. You won’t have to control your cart’s speed since we’re talking about a game that’s downhill.

Each of the tracks available comes with various gaming modes like Fruit Splat, Race, Champion Chase, and more. You’ll have to beat each of these modes to unlock another track.

Most of us are already enjoying the warm spring season. Angry Birds Go! however, is welcoming the winter season. There will be 8 new carts available for players, daily memorable events and plenty of extra perks you’ll absolutely adore. Here’s what you should expect from the all new Sub Zero episode:

We have to give it to Angry Birds. The new Sub Zero episode is mind-blowing. Get your cart ready and let the competition begin. The icy tracks are meant to surprise you with some really cools twists and turns, not to mention that the extra perks you’ll receive along the way are truly rewarding, to say the least.

There’s no giant boss to defeat at the end of each track, yet you should be prepared as some races are incredibly challenging. Coordinate your progress and Sub Zero will take care of the rest. Use your coins and gems wisely, and don’t forget to stay in the game to grab your daily prizes.

Joint the competition daily and get a fair share of coins:

If you want a chance to double these insane daily rewards, all you need to do is log into the Angry Birds Go! game using your Facebook account. The Sub Zero episode looks amazing at a first glimpse. Packed with compelling race tracks, slippery slopes and really nice carts, players will surely have a lot of fun enjoying the experience on their phones and tablets.

There’s no time for boredom as Sub Zero is one of Angry Birds Go!’s most dazzling, gripping, mesmerizing, and challenging episodes ever. Can you handle the madness? Ready, set, go, go, goooooo!!!