HTML5 is the newest version of the hypertext markup language that was launched in the year 1990. This fifth version of HTML aids to improve the language so that it can support the latest multimedia activities and can keep the texts readable for the users. The present version is designed such that it can work across Smart TV, Smartphone, Tablet or PC. 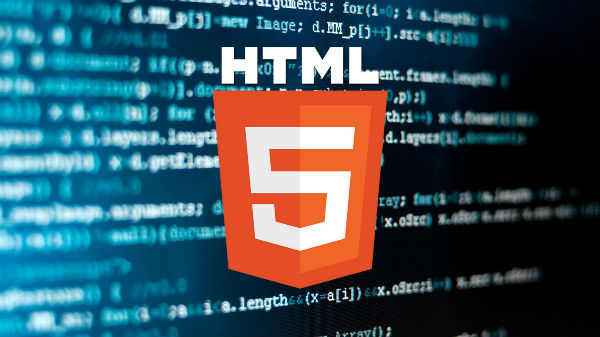 It was designed such that interactive contents can be viewed without the help of a plug-in. Movies, music, graphics and animations all are delivered by this version and these can be utilized to build various sites and applications. HTML5 has replaced the earlier versions of the markup language effectively.

Features in this version

One among the few of the features of HTML5 that are worth mentioning is Web Workers. It is unlike other applications where you have to use heavy scripts for various functions rather it uses a different background thread that does not hamper the activity of the web page. Embedding video is easy in this markup language as you do not need any third party plug-in.

Canvas allows web developers to render the graphics and for this also you do not need any plug-in. Another feature is the Application caches that work similar to that of cookies. Geolocation is another feature of HTML5 and this used specifically for mobile devices.

The rise in the use of the HTML5 has been noticed by the website developers. This is because this new version now serves as the new standard that defines the field of web designing.

The majority of the web browsers support this version of the markup language and the designers can use various features that can result in a dynamic website. Be it creating plug-in, or user interface for mobile or carousel everything can be done with this markup language.

Major reason of using HTML5 is that it is cheaper and faster than the earlier versions. In comparison to the older versions, the web developers can emphasize on the functionalities with the help of advanced technologies and tools. This helps to speed up the process. The use of both HTML5 and CSS3 has changed the arena of web designing.

Both of these together help to create effects like rounded edges, animations and shadows with the help of appropriate coding and not by the slicing techniques of image. CSS3 and HTML5 work together to increase the fun factor and reduces the time of development.

As a result, you can create websites that have less number of files and take less time for loading and downloading. This can make the site visually pleasing and enhances the user experience. Functions that were not possible in the earlier version of the markup language are now possible.

Another reason for the soaring popularity of the use of HTML5 among the developers is it even compatible to mobiles. It can be deployed both in the mobile devices and desktop.

Users can access content through various media now. HTML5 is supported across different browsers so even if the mobiles are supported by different operating system, the markup language is compatible with the platform of the device. The major web browsers support this version of the markup language and they have initiated to incorporate the features of the same into their latest version. Thus, it is a great way to make accessible to the readers.