Trying to record video footage from your screen can be tough, especially if you’ve never attempted to do so in the past. Odds are you may not even know where to begin, what to do, and how to set up all the technical details that you’ll inevitably end up being confronted with. 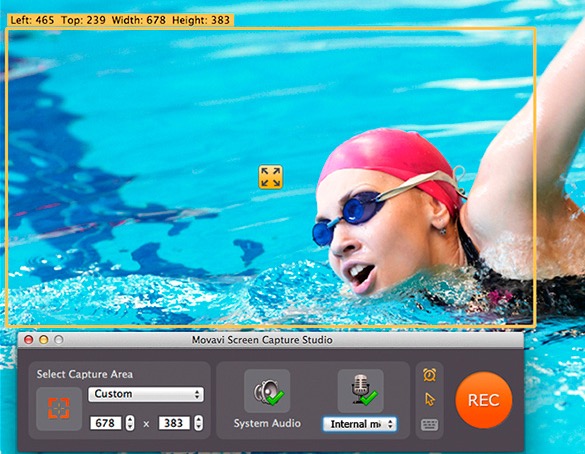 The Movavi Screen Capture Studio for Mac is a screen recorder that takes the entire process of recording video footage from your screen and makes it easy and intuitive. Its design utilizes a user-friendly approach that ensures that even if you’re a complete beginner you’ll be able to start using it right off the bat with no issues, and will be able to record the video you need in just a couple of minutes.

On top of that, it comes with numerous features that add to its appeal and will allow you to:

As you can see, as far as screen capture for Mac is concerned – the software provides not only the ability to record the video footage that you need, but also the option to edit and manipulate it to turn it into a professional-looking final video.

Whether you’re looking to record Skype calls, save streaming online video, or even create your very own series of video guides – the Movavi Screen Capture Studio for Mac will hand you all the tools that you need to do so, and make it look great too. Go ahead and try it out firsthand to get a feel for what it is capable of.